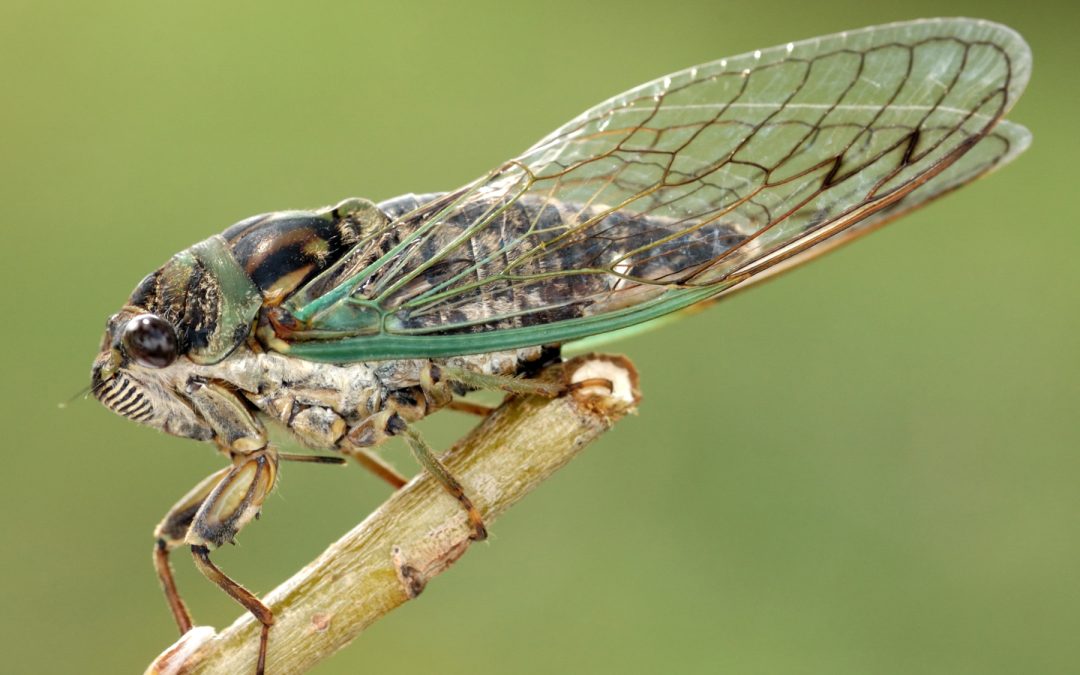 A warm evening on the porch in Coastal Carolina often has a default soundtrack that some may call the sounds of summer. There are a few insects that make noises that are undeniably associated with summer nights. Cicadas, katydids, crickets, and Bess beetles compose nature’s symphony during the summer months. Keep an ear out for these unique sounds of summer:

Only male cicadas make music. It’s a way for them to attract a female during mating. Male cicadas have two membranes on their abdomen that they vibrate to make a sound. The rest of the cicada’s abdomen is mostly hollow and is an amplifier for this noise, which sounds like a high-pitched buzzing.

These two insects look almost identical but produce very different sounds. Just like the cicadas, only male katydids and crickets have a signature song. Both create a sound by rubbing their top wing against the bottom one — this is called stridulation. Katydids produce a drawn-out, soft buzzing noise, and crickets sound more like chirping.

There are more than 500 varieties of Bess beetles in the United States, and these beetles can produce more than 14 different types of sounds! Some sounds are undetectable by the human ear, but hisses and squeaks are some of the sounds that you might hear from a bess beetle!