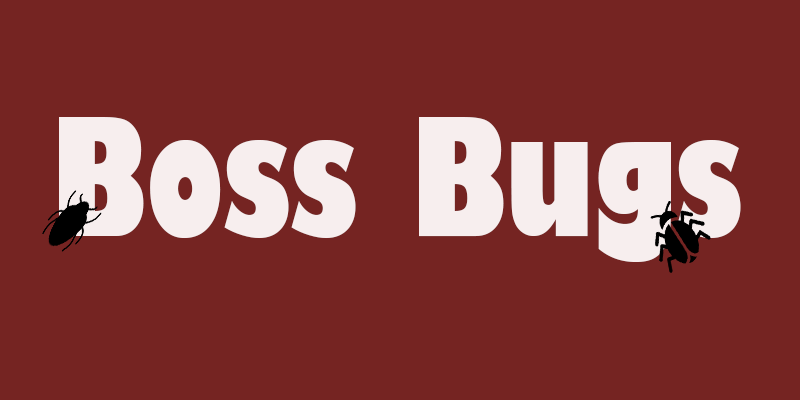 You’re probably familiar with common insects around your home and yard, but did you know that approximately 80% of all living species on Earth are insects? There are over 900 thousand different species, and they can range from as small as 0.139mm to over 62cm long.

Meet the bugs that are the BOSS: the loudest, strongest, dirtiest and cleanest insects around.  They dominate their insect realm like a boss!

When scientists first studied what would be the loudest insect in the world, a wide range of crickets, grasshoppers, and cicadas were put up to the test. The final vote? An African cicada, Brevisana brevis, which generated sounds up to 106.7 decibels.  By the way, a jackhammer and a farm tractor are typically about 100 decibels in volume!  Coming in a close second, at 105.9 decibels, was the North American Walker's Cicada, Tibicen walkeri.

The dung beetle is already a well-known species, but many don't realize how strong they are. The horned dung beetle, Onthophagus Taurus, ranks at the strongest bug in the world. It can pull 1,141 times its weight. To put in perspective, that is a 150-lb person lifting six FULL double-decker buses.

The largest bug in the world is the appropriately named, Goliath beetle. When considering size, bulk, and weight, the Goliath beetle in larval stage takes the gold. The beetle lives in the tropical forests of Africa. In its larval stage, can be anywhere in the range of 60–110 millimeters (2.4–4.3 in) in size, and 80–100 grams (2.8–3.5 oz) in weight. That’s a big boss baby insect!

The smallest insects in the world are fairyflies. They are very tiny flying parasitoids that feed on other insect’s eggs to survive. Fairyflies bodies measure only 0.139 millimeters in length.  That’s nearly 400 times smaller than an average ant.

It might be difficult to believe, but the cockroach might be the “cleanest” species of insect. (That doesn’t say much for the rest of the insect world, does it?)  Cockroaches can spread bacteria around and are often found in dirty environments, but because hey use their antennae to smell and clean themselves daily in an almost non-stop fashion, they don’t “keep” that bacteria as long as other insects or animals.

We can appreciate these amazing insects from around the world.  But, no matter how “BOSS” they may be, we still prefer to keep your home pest-free!  #nobugsnoproblem.