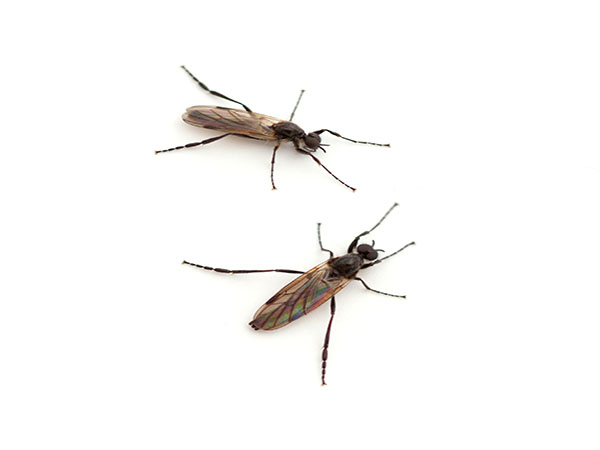 It’s February, a month highly associated with love due to Valentine’s Day. The Lovebug we’re talking about is much less glamorous than a romantic candlelit dinner – it’s an actual insect in nature.

The Lovebug received it’s name due to the fact that after mating, adult pairs remain coupled (even in flight) for several days. Lovebugs are common in southern states in the US such as: Florida, Texas, Alabama, Georgia, North and South Carolina, and Louisiana.

Lovebugs are prominent twice a year; during late spring (April and May) and in late summer (August and September). Their flights extend for periods of four to five weeks. While Lovebugs can’t bite or sting, they are still known to be an inconvenience to us. Lovebugs can exist in large numbers near highways. This causes many of them to be killed by cars driving on the road – their bodies typically stick to the car. After they die, Lovebug’s bodies become acidic. If they stay on your car for too long, they become difficult to remove, and the result is not favorable for the paint on your car.

While their name sounds cute and harmless, Lovebugs are a big nuisance. With any luck the only lovebug you deal with this year will be the romantic one on February 14th.